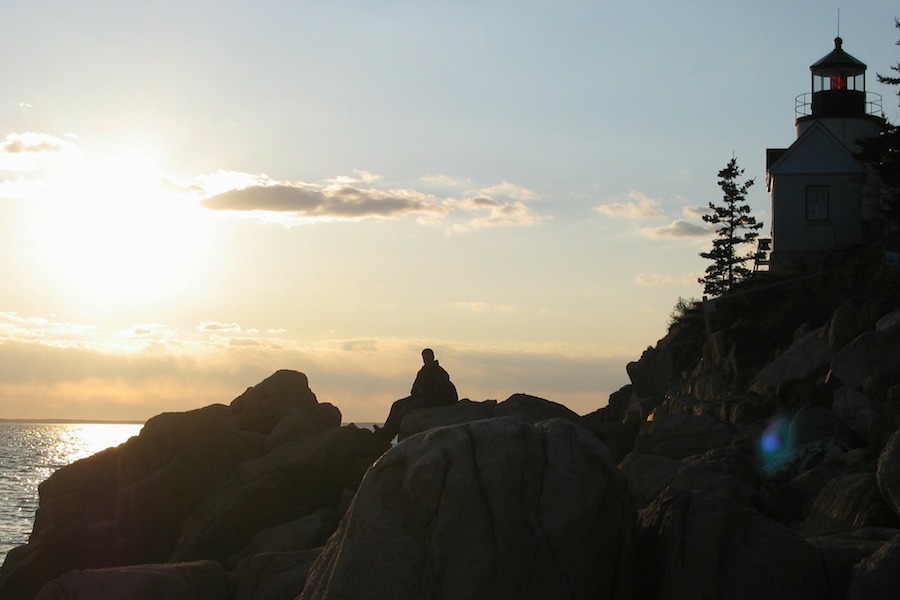 Fire ecology studies the role of wild land fire and how it relates to the living and non-living environment. All living components in the environment eventually die and are in a continuous process of being built up or reduced and recycled. This ebb and Flow makes life possible by seeking a balance between all components, living and non-living. Fire is studied as a natural process operating as a component of an ecosystem. To understand an ecosystem requires looking beyond the ecosystem's present state.

A full understanding includes an investigation of the ecosystem's origin, the cycles the system progresses through, and possible future stages. Fire is one of many natural events that promote change in an ecosystem. Prior to 1930, most researchers believed all wild land fire was bad. In the years following many began to challenge the negative notions about wild land fire, and this new thinking prevails today. They argued that fire was essential to many plant and animal communities. It is the common belief today that fire is required in some ecosystems to help in the decay of dead plants, breaking down and recycling the nutrients, and in preparing seedbeds for some fire dependent species.

The history of fire in Acadia National Park extends back thousands of years. Park researchers have used several methods to determine when and why fires occurred in both pre-and post-European settlement periods. By analyzing pollen grains captured in the sediment of the lakes within the park, the researchers have determined that the forest composition has changed over time. Prior to 2,000 BP, northern hardwoods and hemlocks predominated. Over time the area climate cooled and red spruce began to increase. As Native Americans used the area, fire occurrence increased allowing other species to appear. Some scholars suggest that Native Americans may have started periodic fires to encourage the growth of paper birch for their own use. After the Europeans settled the area, the evidence shows a much higher incidence of fire. At present much of the area within the park is forested with a spruce/fir forest mixture.

Natural fire ignitions (lightning) are, and most likely were, of little importance in accounting for less than 2% of all fires in the park between 1936 and 1991. The moist, humid climate of coastal Maine does not encourage natural ignitions. This lack of fire causes large amounts of dead and down wood (fuels) to accumulate on the forest floor. Fuels can also include foliage or grass. They may be fine, such as twigs or needles, or heavy such as logs, branches, or whole trees. They may also be living such as under story layer of tree regeneration or a layer of shrubs. If the fuel load is light a fire may burn through the forest with a very low intensity. Typically consuming only the litter on the very top of the ground. If the fuel load is heavy the fire intensity may become very high. As the forest ages the canopy breaks up allowing younger trees to sprout and grow. This under story layer forms a "ladder" of fuel that may allow an intense fire to ascend in the tops of the trees. Creating what we know as a highly destructive "crown fire".

In order for an ignition to take place the fuels must be dry. As summer advances the moisture content in the fuels may go down in a dry year. The State of Maine is currently in a prolonged drought. If conditions are right, the park may experience periods of very high fire danger. There is adequate evidence that periodically, at intervals of a few hundred years, an extremely destructive fire has burned portions of Mount Desert Island The Fire of 1947 - The Year Maine Burned

Fire has naturally occurred for thousands of years prior to settlement. For many ecosystems fire is a natural catalyst for species diversity and a healthy forest. Without periodic fire, the land can become an overstocked monoculture, plagued with excessive fuel accumulation, stagnation, and below normal reproduction, which ultimately encourages widespread disease and insect infestations.

Fire is and has been a natural part of the ecosystem at Acadia National Park, renewing and recycling the forest at periodic intervals. However, the area of Acadia National Park and the neighboring towns and villages are in such close proximity to the forest themselves that allowing a fire to burn in a natural state is not an option. It has often been said that we really don't prevent forest fires, we just defer them. Wild land fire will always present a risk to homes built in the wild land. The park is attempting address this issue by making its neighbors aware of the problems inherent in living in the wild land/urban interface.

Indeed as the park moves into the new millennium it faces questions on how the ecology of the park might use the beneficial effects of fire. Prescribed burns are now being conducted in some areas of the park to maintain overlook and scenic vistas.

The program also conducts wild land fire prevention operations and provides fire management assistance to nine other National Park Service units in New England and New York State. Some of the activities carried out by the fire management program include: wild land urban interface education and outreach operation of four wild land fire suppression engines and one water tender maintenance of a hundred person fire cache and a twenty person fire cache maintenance of a trained cadre of primary and incidental wild land firefighters use of prescribed fire for management of park vistas mechanical removal of hazard fuels in high use areas creation and maintenance of boundary fuel breaks along park boundaries monitoring of prescribed fires and long-term forest conditions research into fire effects and the long-term history of wild land fire in the park.

The fire management staff also administers the Rural Fire Assistance Program which provides federal financial assistance to rural fire departments. Mobilization of park and other North Country Area firefighters to out-of-state fires is coordinated and directed by the fire management staff. This mobilization service is also provided to wild land firefighters from other federal agencies in the area, including the Bureau of Indian Affairs and the U.S. Fish and Wildlife Service, and to local Indian tribes. Structural fire prevention operations include the inspection and maintenance of fire extinguishers, acquisition and maintenance of fire detection and fire suppression systems in park buildings, and coordination with local fire departments that provide structural fire suppression services for park buildings.

The fire management staff also provides professional, technical, administrative and logistical support to the fire management programs of the eleven other NPS units in North Country Area parks. These programs protect the lives of park staff, visitors and neighbors, provide wild land and structural fire protection to the 38,000+ acres of land and 150+ buildings that make up Acadia National Park, and assist nine other National Park Service units in the protection of their people and resources from fire.

The aftermath of the 1947 fire in Acadia National Park. (NPS Photo) Research on fire occurrence in Acadia National Park indicates that large, naturally caused fires are not as common as in many of the western parks. The cool, humid, coastal climate and low occurrence of natural ignition sources such as lightning makes these fires relatively rare. The 1947 Bar Harbor fire, which was Acadia's last major fire, burned approximately one third of Mount Desert Island and was human-caused.

In all, 17,188 acres burned. Over 10,000 acres of this was in the park. Property damage exceeded twenty-three million dollars. Considering the magnitude of the fire, loss of human life was minimal. Although the 1947 fire was both sparked and extinguished by man's actions, nature played the predominant role in the island's restoration. The forests that exist today regrew naturally. Wind carried seeds back into burned areas and some deciduous trees regenerated by stump sprouts or suckers.

Today's forest, however, is often different than what grew before the fire. Spruce and fir that reigned before the fire have given way to sun-loving trees, such as birch and aspen. But these deciduous trees are short-lived. As they grow and begin to shade out the forest floor, they provide a nursery for the shade-loving spruce and fir, which may eventually reclaim the territory.