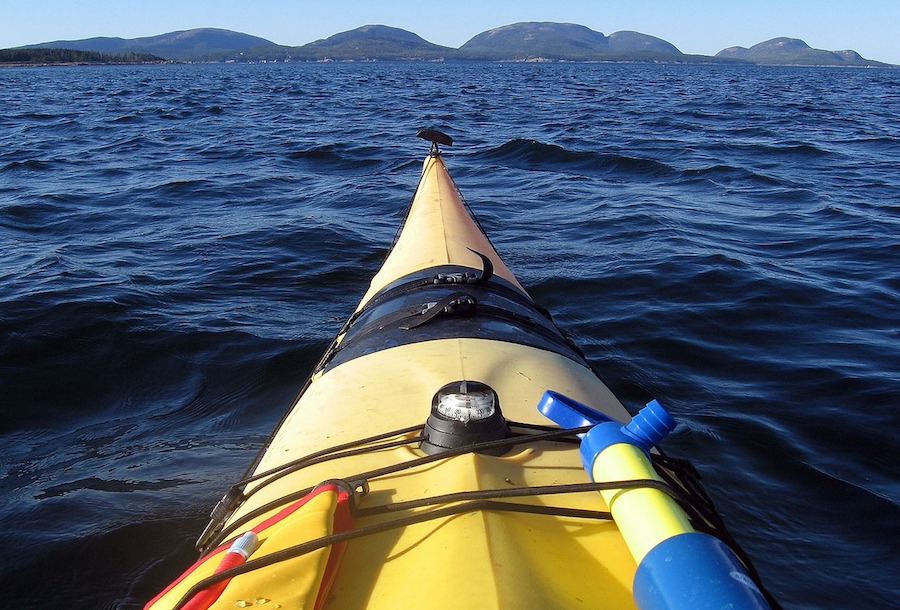 Where is Acadia National Park located and what is the travel distance to the park?

Acadia is located on Mount Desert Island along the eastern coast of Maine. The park is 264 miles from Boston and 50 miles from Bangor, Maine.

What is the best driving route to take to Acadia from the south?

There are two routes: From Boston take I-95 north to Augusta, Maine; from Augusta take Route 3 east to Ellsworth and on to Mount Desert Island.

Take I-95 north to Bangor, Maine; from Bangor take Route 1A east to Ellsworth; from Ellsworth take Route 3 to Mount Desert Island.

Do I need a car to visit Acadia National Park?

You do not need a car when the Island Explorer Shuttle Bus is operating (late June to early fall).

How many days should I spend in Acadia?

Is there any lodging in the park?

Acadia only has two campgrounds on Mount Desert Island as well as five lean-to shelters on Isle au Haut. There are many other types of accommodations in nearby towns.

What is there to do in Acadia?

There are many miles of shoreline to explore, over 120 miles of hiking trails to climb, and 45 miles of carriage roads on which to bicycle. Two beaches offer salt water or fresh water in which to swim. A variety of ranger-led programs will introduce you to Acadia's diverse natural and cultural history.

What is there for children to do in Acadia?

Children of all ages can participate in the Acadia Junior Ranger Program . Many of the ranger-led programs are specifically designed for children and families.

Are pets allowed in the park?

Pets may not be left unattended and need to be leashed or otherwise physically restrained at all times. Pets are allowed in all park locations except Sand Beach, Echo Lake Beach, Isle au Haut campground, ladder trails, and inside public buildings. It is requested that dogs are not brought on any ranger-led activities. Service dogs or sight-guiding dogs may accompany their owner to all park locations unless the area is closed to all visitors.

When does the Park Loop Road open and close each year?

Each year the Park Loop Road closes on December 1, unless there is a significant snowfall that forces an earlier closure. The road is reopened on April 15, depending on the weather. A two-mile section of Ocean Drive, one of the most scenic sections of the road, remains open all year.

How long is the Park Loop Road and how long will it take to drive it?

Taking 3-4 hours, including some stops, is recommended for the entire 27-mile road. An audio tour of the Park Loop Road on CD is available for purchase at Hulls Cove Visitor Center.

Where can I bicycle in the park?

Acadia is an excellent biking park. There are 45 miles of carriage roads that are open to bikers and walkers. The 27-mile Park Loop Road is also open to bikers, but there is no shoulder on the road, which is shared with cars and campers. You must bike with the traffic Flow on the one-way section of the Park Loop Road. Biking the Park Loop Road is not advised during the busy part of the day. Always wear helmets and obey safety rules when biking. Bikes can be rented in nearby towns.

What ranger-led activities are available?

Between mid-May and mid-October you may accompany a ranger on a hike, shoreline walk, or boat cruise. Rangers also offer talks on various subjects, evening amphitheater programs at the campgrounds, children's programs, and provide opportunities to view peregrine falcons and raptors. Check the park newspaper for a listing of activities.

When does the Island Explorer Shuttle Bus run and where does it go?

The Island Explorer operates from late June and through Columbus Day. It travels between Bar Harbor, Northeast Harbor, Southwest Harbor, and various locations in the park.

What job or volunteer opportunities are available in the park?

There are a variety of positions that are available each summer.

What is the origin of Acadia? Acadia probably stems from a name given to the area by the explorer, Giovanni Verrazano, when he sailed by in 1524. The shoreline reminded him of a part of Greece named Arcadia.

Where does the term Downeast come from? During the 18th and 19th centuries, Maine was a shipping capital. When schooners sailed from Boston to ports in Maine, they traveled to the east. They also sailed downwind (with the wind at their backs). This led to the expression Downeast.

Is it Mount Desert Island or Mount Dessert Island? Samuel Champlain, a French navigator and cartographer, sailed by Mount Desert Island in 1604. He named it Isles des Monts Desert, with the accent on the last syllable, as it is in the French language. He wasn't implying that it was a desert. The phrase means island of barren mountains. That's why it's pronounced both as it is spelled and as the French meaning would be pronounced (dessert).

There are two campgrounds in Acadia National Park on Mount Desert Island:

Blackwoods Campground Reservations are required at Blackwoods from May 1 through October 31. During 2005, Blackwoods will be under construction. Starting in early September, there will be no spaces available for RVs or vehicles/trailers longer than 20 feet. Blackwoods will close for the season on November 1, 2005, and remain closed until spring 2006.

Seawall Campground Sites are available on a first-come, first-served basis. Seawall is generally open from May 15 to September 30. In 2005, Seawall will be open later to accommodate RVs. Seawall will close for the season on October 11, 2005.

I have never been to Acadia - should I camp at Blackwoods or Seawall?

Blackwoods is located on the east side of the island and closer to the major portion of the park, the carriage roads, and Bar Harbor. Seawall is on the west side of the island, which is less crowded. Facilities are the same at each campground - picnic table and grills on each site, restrooms with running water throughout the campground, dump station, and no showers. Both have wooded sites with no sites directly on the ocean.

When can I make reservations for Blackwoods?

Reservations are taken beginning in January, but are dependent on the date you plan to camp.

Does my camping fee cover the entrance fee into the park?

No. The two fees are separate.

Are there water and electric hookups in the park campgrounds?

No, but there is a dump station.

Are there any campsites on the ocean in Blackwoods or Seawall Campground?

Are there bears in the campground?

Bears do live on Mount Desert Island but are rarely seen. Raccoons are prevalent in the campground. You must follow campground regulations regarding food storage to prevent encounters with raccoons. Raccoons are carriers of rabies.

Is there backcountry camping in Acadia?

No. Backcountry camping is prohibited because the park is very small, and the environment too fragile.

How do I make a group camping reservation?

Are there private campgrounds on the island?

Yes, there are about 12 private campgrounds scattered around the island.

Acadia's weather is largely a product of latitude and marine influences. On a daily and annual basis, Mount Desert Island temperatures are more moderate than those of inland Maine. The Maine coastal climate has been ranked second only to the Pacific Northwest in annual precipitation. This moisture occurs in every form at Acadia. Ice storms are regular in winter and early spring, and rain is frequent in every month. Fog is common during June, July, and August.

How cold is the water at Sand Beach?

When are blackflies common at Acadia?

Usually they are most numerous between mid-May and mid-June, but that could vary from spring to spring. They breed in running water, so they will be more prevalent if it is a rainy spring. Mosquitoes vary depending on the weather and location.

What is the best time to see fall foliage?

The leaves start turning their fall colors in September, but the peak time is usually the first two weeks of October.

How much snow does Acadia receive?

Average snowfall in Acadia is about 60 inches.

Is the road to Cadillac Mountain open to vehicles in the winter?

No. Access is by snowmobile, skis, or on foot. It is a minimum walk of nine miles round trip. Temperatures on Cadillac can be well below zero, with extremely high winds and drifting snow.

Can I hike any of the mountain trails in the winter?

Hiking mountain trails in the winter is not recommended. Trail markers and icy patches are obscured by drifting snow, creating very dangerous conditions for hikers.

Can I rent skis and other equipment nearby?

Skis, snowshoes, and skates can be rented in Bar Harbor. There are no snowmobile rentals on the island.

Where can I see puffins? Puffins are seen off the coast of Maine. You must take a boat to one of these islands. Check with area chambers of commerce for location of boating companies that travel to these islands. Puffins aren't seen on or from Mt. Desert Island.

Are there moose or bears in Acadia? Both occur on the island, but are rarely seen.

Where can I see seals? Seals are best seen from any number of boat cruises that leave from town harbors.

Can I see whales from the shore? Occasionally, but not with any regularity. Various whale watching tours are offered from town harbors.