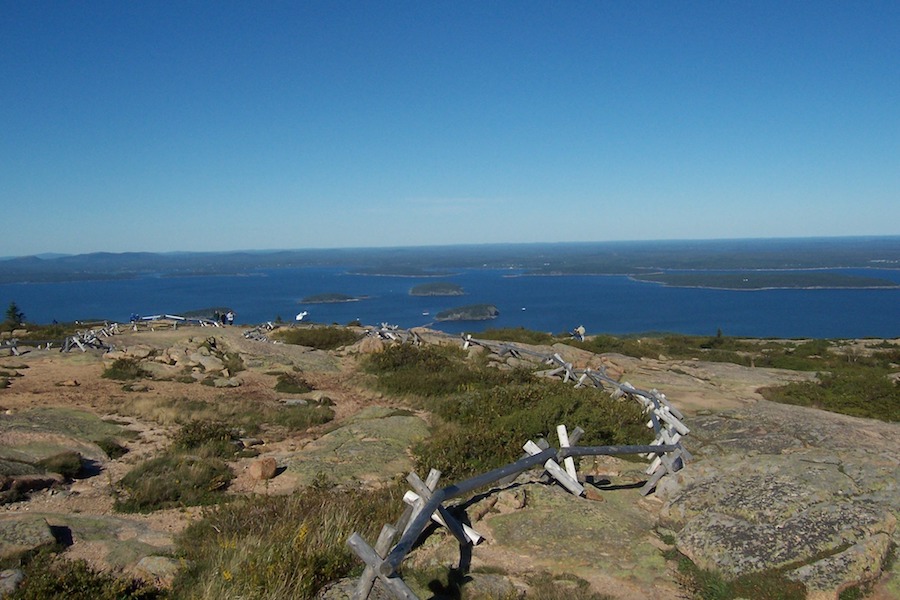 It is said that, at some times of the year, the sun touches the slopes of Cadillac Mountain before any other place in the United States. At 1,530', Cadillac is the highest point along the North Atlantic seaboard. It is one of 17 mountains that rise from the sea and comprise much of the island on which a portion of Acadia National Park is located. These mountains inspired the explorer-navigator, Samuel Champlain, to name the island Isle des Monts Desert in 1604, the Island of Barren Mountains.

The mountains were built up by tectonic and volcanic forces, and scraped down and shaped by a succession of glaciers. The land sank beneath the weight of mile-deep ice as glaciers inexorably ground their way toward present day Georges Bank, Long Island, and Cape Cod. As the glaciers receded, they filled a vast valley surrounding the mountains with meltwater, creating the Gulf of Maine. Relieved of the great burden of the ice, the land slowly rebounded. These processes, over the eons of time, created the landscape of which Acadia National Park and its mountains are a part.

Life is not easy at the top, but the mountains are not as barren as Champlain described. They are home to forests of spruce and pitch pine. Tiny subalpine plants, such as cinquefoil, blossom in joints in the granite and on the leeward side of rocks. Squat, gnarled trees may survive winter after harsh winter. And, during the spring and summer, peregrine falcons have called some sheer mountain cliffs home. Mountains attract people, too, who climb or hike, or in the case of Cadillac Mountain, drive, to see the rest of the island and Frenchman Bay spread out before them, the sails of pleasure boats mere white specks in the far distance.