There is a place in Far West Texas where night skies are dark as coal and rivers carve temple-like canyons in ancient limestone. Here, at the end of the road, hundreds of bird species take refuge in a solitary mountain range surrounded by weather-beaten desert. Tenacious cactus bloom in sublime southwestern sun, and diversity of species is the best in the country. This magical place is Big Bend. 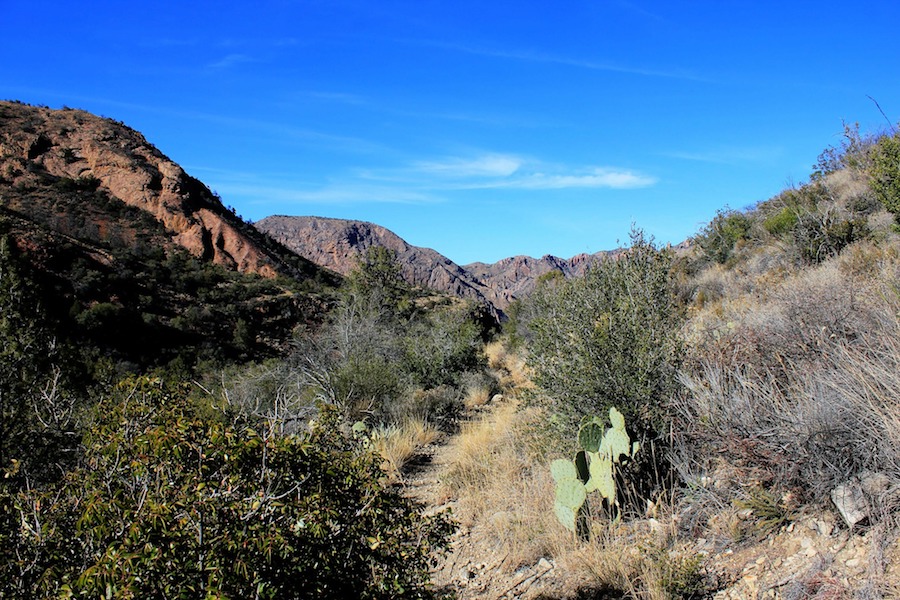 What's So Special About This Place?

The Big Bend has been a home to people for many centuries, but knowledge of the Rio Grande among non-Indians dates back less than 150 years. Spanish people crossed the Rio Grande in the 16th and 17th centuries searching for gold, silver, and fertile land. Comanche Indians crossed the river in the 19th century, traveling to and from Mexico with their raiding parties. Mexican settlers began farming on both banks of the rivers floodplain around 1900. Anglo-Americans joined in the farming after 1920, when boundary unrest ended. Cotton and food crops were grown around Castolon and what is now Rio Grande Village even after the park was established.

Big Bend National Park also marks the northernmost range of many plants and animals, such as the Mexican long-nosed bat. Ranges of typically eastern and typically western species of plants and animals come together or overlap here. Here many species are at the extreme limits of their ranges. Latin American species, many from the tropics, range this far north, while northern-nesting species often travel this far south in winter. Contrasting elevations create additional, varied micro-climates that further enhance the diversity of plant and animal life and the parks wealth of natural boundaries.