The Waterpocket Fold defines Capitol Reef National Park. A nearly 100-mile long warp in the Earth's crust, the Waterpocket Fold is a classic monocline: a regional fold with one very steep side in an area of otherwise nearly horizontal layers. A monocline is a "step-up" in the rock layers. The rock layers on the west side of the Waterpocket Fold have been lifted more than 7000 feet higher than the layers on the east. Major folds are almost always associated with underlying faults. The Waterpocket Fold formed between 50 and 70 million years ago when a major mountain building event in western North America, the Laramide Orogeny, reactivated an ancient buried fault. When the fault moved, the overlying rock layers were draped above the fault and formed a monocline. More recent uplift of the entire Colorado Plateau and the resulting erosion has exposed this fold at the surface only within the last 15 to 20 million years. The name Waterpocket Fold reflects this ongoing erosion of the rock layers. "Water pockets" are basins that form in many of the sandstone layers as they are eroded by water. These basins are common throughout the fold, thus giving it the name "Waterpocket Fold". Erosion of the tilted rock layers continues today forming colorful cliffs, massive domes, soaring spires, stark monoliths, twisting canyons, and graceful arches… 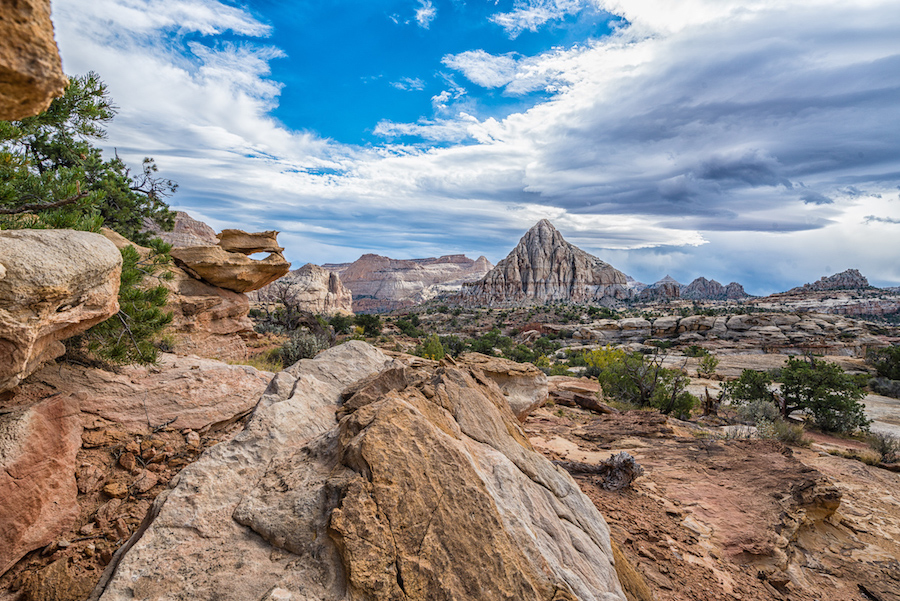 A Home for Thousands of Years

The area of Capitol Reef has been a homeland to people for thousands of years. Archaic hunters and gatherers migrated through the canyons. Fremont Culture solidified around 500 CE, from food foraging groups, to farmers of corn, beans and squash. Petroglyphs etched in rock walls and painted pictographs remain as sacred remnants of the ancient Indians' saga. Explorers, Mormon pioneers and others arrived in the 1800s, settling in what is now the Fruita Rural Historic District. They planted and nurtured orchards of apples, pears, and peaches. The National Park Service preserves the stories of those who came before.