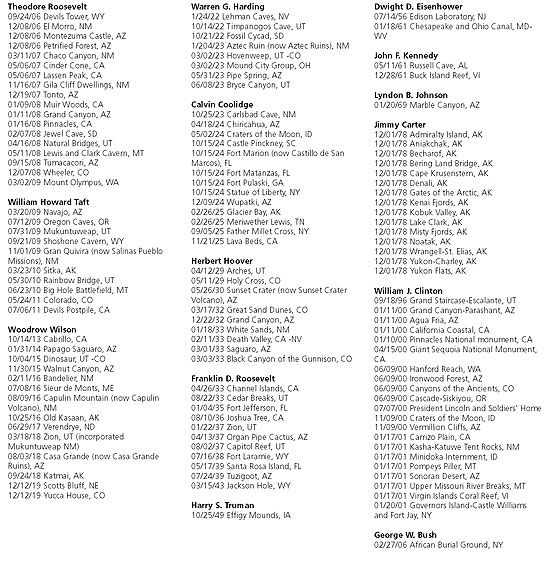 The Antiquities Act of 1906 led to the preservation of many of the country's most cherished places. The Act grants the President of the United States the authority to recognize and protect significant places by designating them as national monuments. President Theodore Roosevelt designated Devil's Tower in Wyoming as the first national monument on September 24, 1906. Since then 122 other sites of natural or cultural significance have been preserved by presidential proclamation. The National Park Service maintains 93 of the monuments created by presidents under the Antiquities Act, while others are administered by the Bureau of Land Management, the U.S. Fish and Wildlife Service, the U.S. Forest Service, or local jurisdictions.