Glacier preserves over 1,000,000 acres of forests, alpine meadows, and lakes. Its diverse habitats are home to over 70 species of mammals and over 260 species of birds. The spectacular glaciated landscape is a hikers paradise containing 700 miles of maintained trails that lead deep into one of the largest intact ecosystems in the lower 48 states.

The park contains over 350 structures listed on the National Register of Historic Sites and six National Historic Landmarks. 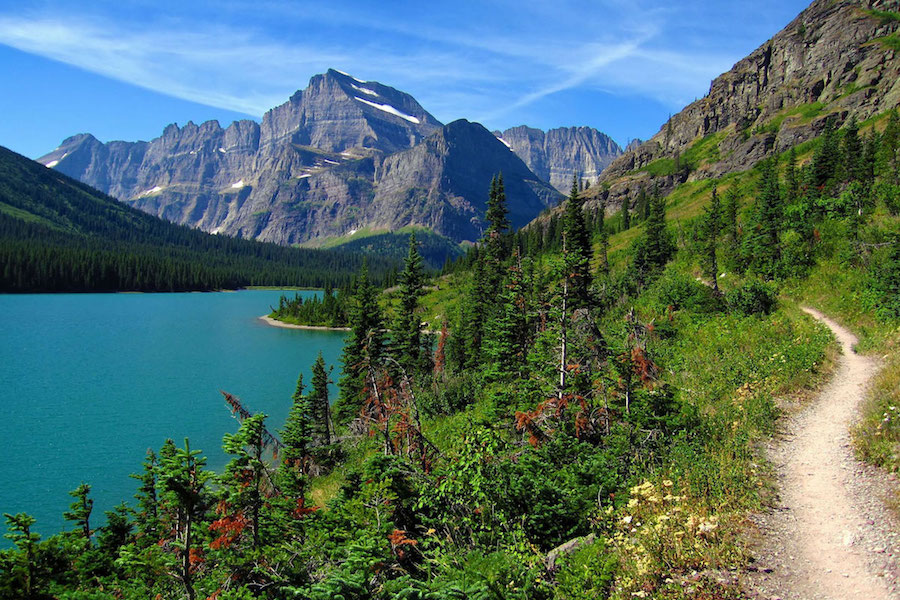 Glacier is a special place to many people. It is a national park and biosphere reserve. Together with Waterton Lakes National Park it is the world’s first international peace park and a world heritage site. No other place in America has those four designations.

These designations reflect the fact Waterton-Glacier provides an outstanding opportunity for ecological management and research in one of the most ecologically intact areas remaining in the temperate regions of the world. Waterton-Glacier lies at the core of the transboundary Crown of the Continent ecosystem. Due to wide variations in elevation, climate, and soil, five distinct vegetation zones have produced strikingly diverse habitats that sustain plant and animal populations, including threatened and endangered, rare, and sensitive species. Waterton-Glacier’s cultural resources chronicle the history of human activities that show that people have long placed high value on the area’s natural features.

In 1976, Glacier National Park was designated as a biosphere reserve under the Man and the Biosphere Programme of the United Nations Educational, Scientific, and Cultural Organization (UNESCO). The designation says, in part, that a reason for the park’s biosphere reserve status is "to conserve for present and future human use the diversity and integrity of biotic communities and to safeguard the genetic diversity of species" and to "provide areas for ecological research, including baseline studies both within and adjacent to Glacier."

The designation of Waterton-Glacier provides greater protection for resources because Canada and the United States have agreed through the ratification of the world heritage treaty to refrain from taking actions that might damage the values of the other country’s world heritage site.