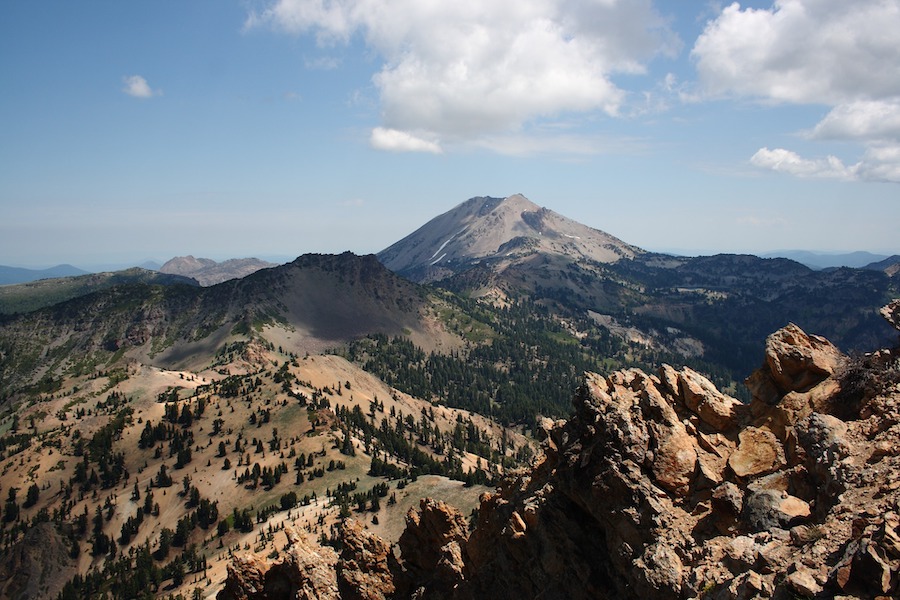 Lassen Volcanic National Park is located in Northeastern California at the southern terminus of the Cascade Mountains, approximately 50 miles east of Redding, California. Beneath Lassen Volcanic's peaceful forests and gem-like lakes lies evidence of a turbulent and fiery past. 600,000 years ago, the collision and warping of continental plates led to violent eruptions and the formation of lofty Mt. Tehama (also called Brokeoff Volcano.) After 200,000 years of volcanic activity, vents and smaller volcanoes on Tehama's flanks-including Lassen Peak-drew magma away from the main cone. Hydrothermal areas ate away at the great mountain's bulk.

Beneath the onslaught of Ice Age glaciers, Mt. Tehama crumbled and finally ceased to exist. But the volcanic landscape lived on: in 1914, Lassen Peak awoke. The Peak had its most significant activity in 1915 and minor activity through 1921. Lassen Volcanic became a national park in 1916 because of its significance as an active volcanic landscape. All four types of volcanoes in the world are found in the park. Over 150 miles of trails and a culturally significant scenic highway provide access to volcanic wonders including steam vents, mudpots, boiling pools, volcanic peaks, and painted dunes.