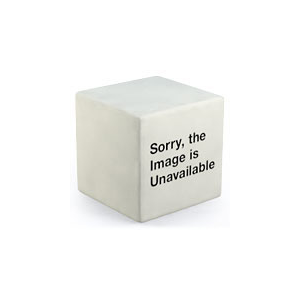 Louis Garneau P-09 Helmet
$199.95
Product Description
Aerohead Ultimate MIPS Helmet by Giro
Trying to balance cooling, weight, and wind-dodging properties makes designing an aerodynamic helmet one of trickiest feats of cycling engineering. That is, unless you're willing to go all-in on aerodynamics and low weight, which is the approach Giro took for its Aerohead Ultimate MIPS Helmet. The helmet's material sheet and the lack of ventilation let Giro knock down its front profile compared to the standard Aerohead model in order to further reduce the already impressive wind drag average, dropping an additional five seconds over the course of a 112-mile bike leg. While the gains are marginal, the Aerohead Ultimate began proving that those gains add up during its very first official outing: that peculiar helmet that BMC's Dennis rolled out of the starting gate in during the 2015 Tour' Yep, that was the Aerohead Ultimate's virgin voyage, and it helped Dennis to that race's first yellow jersey with a margin of just five seconds over second place. That day also demonstrates that the reduced ventilation compared to the standard Aerohead aren't an issue, as Dennis was definitely not the pre-race favorite but was able to overcome the odds despite the fact that the heat and the wind were both high. Instead of the standard Aerohead's polycarbonate/EPS sandwich, the Ultimate's shell fuses an EPS foam body to TeXtreme carbon fiber, something Giro has been hoping to do for some time. This lets the engineers take advantage of carbon's higher structural integrity in order to make a narrower helmet, reducing the amount of material for wind to grab onto. The change does necessitate less ventilation, but as the above case demonstrates, the advantages provided may mean the difference between pulling on yellow or watching from the second step while somebody else does. The in-mold carbon and EPS shell is backed up by a Multi-directional Impact Protect System (MIPS) layer. MIPS is becoming ubiquitous in helmets across disciplines because it rotates independently of the shell...